The Cockle Train travels along the oldest steel railed railway in Australia dating back to 1854 when it was constructed to provide a link between the River Murray and the ocean wharfs at Pt Elliot and later at Victor Harbor.

Based at our Goolwa Depot and commences its run each day at Goolwa Station, in the historic Wharf Precinct alongside the River Murray. After crossing the main Goolwa to Victor Harbor Road the line heads off across the plains to Middleton, picking up or dropping off passengers on request, and then to Port Elliot where it reaches the Encounter Bay coast. The station here is operated by the local National Trust and features a small historical museum.

After leaving Port Elliot the train climbs to the top of the coastal cliffs and passengers then experience some of the most picturesque coastal scenery on the Fleurieu Peninsula, with nothing separating you from the beach below and a perfect view of the Southern Ocean - in winter the home of Southern Right Whale.

After a 30 minute journey the train edges into Victor Harbor Station, right in the centre of the town and surrounded with its iconic pine trees. Here, the locomotive is detached from the carriages and turned on our specially retained 30m long electric turntable before re-joining the carriages for the return journey to Goolwa.

The number of trains operated varies through the year. Passengers can buy tickets at any of our stations for one-way journeys in either direction along the line or for a bargain priced round trip. Trains wait for about 30 minutes at both Goolwa and Victor and roundtrip passengers can extend this period by returning on a later train.

TICKETS AVAILABLE ON THE DAY OF TRAVEL. NO NEED TO BOOK!

Trains are generally formed by our fleet of heritage Redhen and Brill Railcars, along with assistance from diesel locomotives. Steam is featured during most school holiday's and on days the Southern Encounter operates from Mt Barker.

Why is this iconic journey called the "Cockle Train"? In early days of settlement the local residents would take a horse drawn train to Goolwa to collect Cockles to be used for bait, from the sandy beaches near the Murray mouth. It was a great day's outing and thus gained its name. 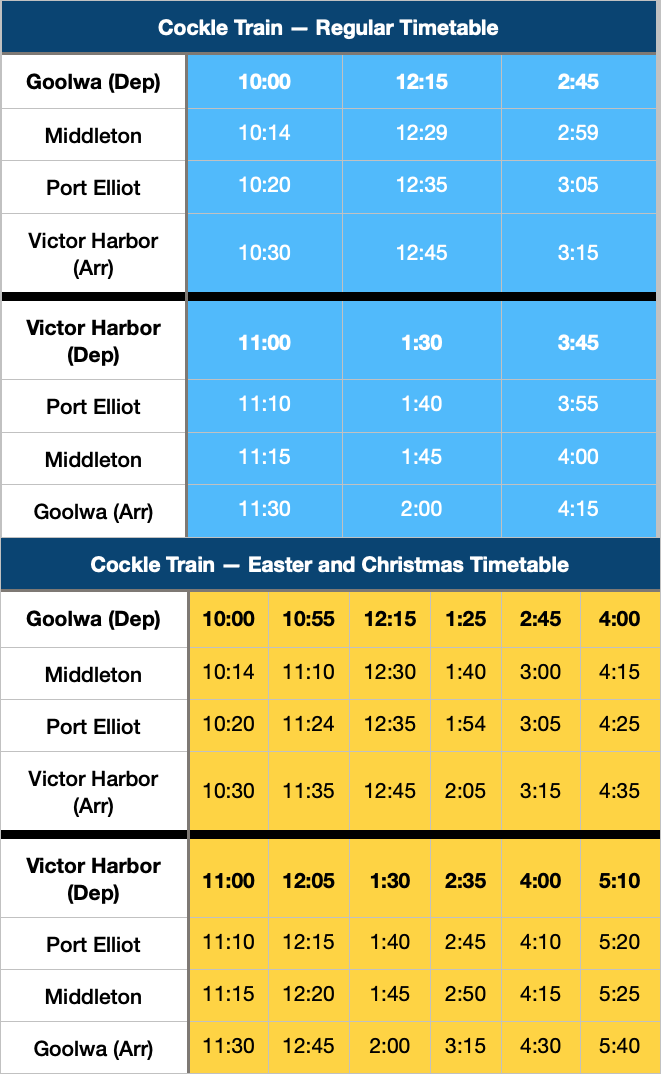 The Cockle Train does not run everyday. To determine which time table to use match the colour of the calendar dates to the time table heading. 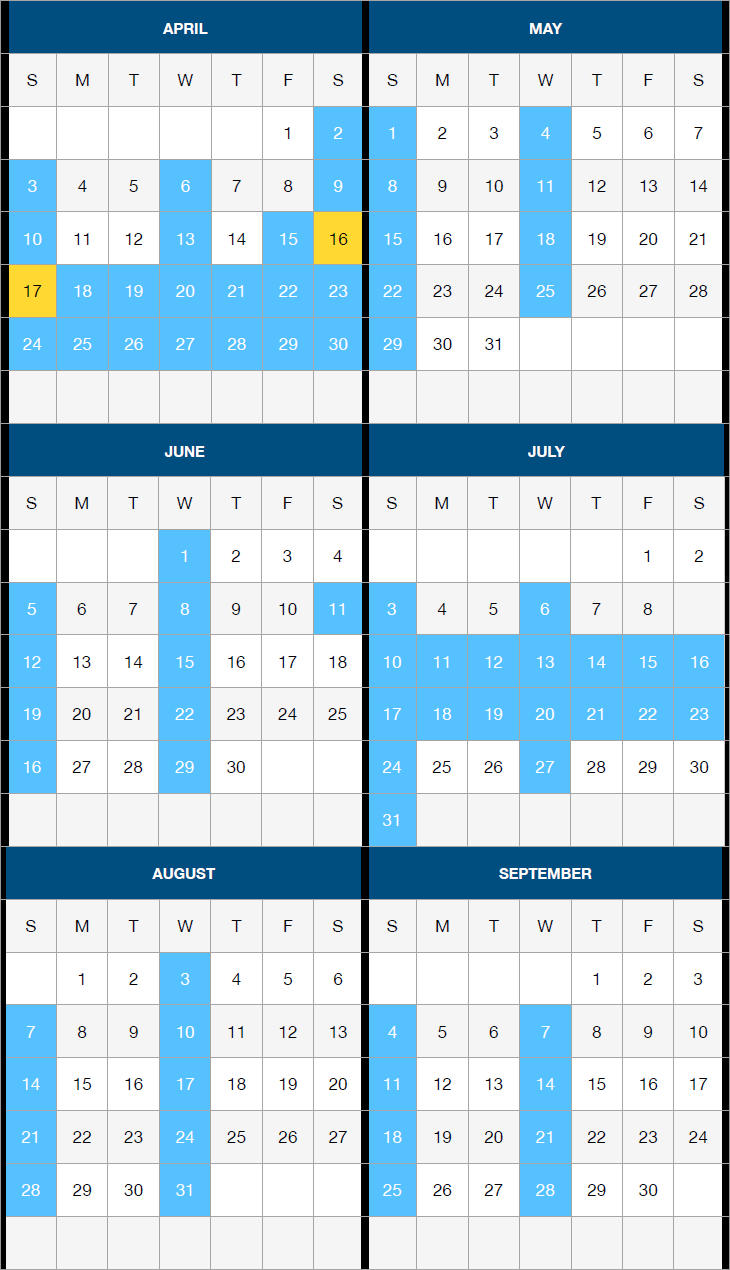 Family Tickets are 2 Adults and 2 Children, aged 4 and above.

Seniors fares are only available on presentation of a Seniors Card.

The Cockle train does not have reserved seats
Passengers can buy their Cockle Train tickets from Victor Harbor, Pt Elliot or Goolwa station ticket offices on day of travel.

Offices open at least 30 minutes before the first train departure of the day.
At Victor Harbour, Port Elliot and Goolwa railway stations we accept cash, VISA and MASTERCARD credit cards and most bank EFTPOS cards.

Please note: Bookings for The Cockle Train are not needed, due to tickets being available at the Goolwa, Port Elliot & Victor Harbor Railway Stations on the day of travel.

In the event a total fire ban is issued for the Mt Lofty Ranges, trains scheduled to operate using steam locomotives will be substituted by diesel railcars or diesel locomotives.

Likewise, in the event the forecast for Victor Harbor is expected to be 35 degrees Celsius or above, Cockle Train's will not operate.