The Southern Encounter operates on the first, third and fifth Sundays from May until the end of November.

The journey commences from Mount Barker station - a pleasant 20 minute drive from Adelaide along the South Eastern Freeway.

Leaving Mt Barker mid-morning, the train first climbs up to the crest of the line and then winds down the eastern escarpment of the southern Mt Lofty Ranges, passing through several long abandoned station sites which bear testimony to the importance of this branch line of yesteryear.

Crossing the Angas River you then enter the historic township of Strathalbyn where many Scottish migrants settled in the early 1800s, influencing the early architecture which is still evident today. The town is well worth a visit to explore its well-stocked antique shops and cafes.

The journey then continues southwards across the plains and well away from the main road. Native bushland unfolds from your carriage window and kangaroos and other animals might be seen trying to keep pace with the locomotive! Then it's across the towering Currency Creek viaduct and on to Goolwa.

At Goolwa, the train draws alongside the river wharf. The passengers whose destination is Goolwa have just over four hours to explore local attractions, before the train returns to carry them back to Mount Barker. Some local attractions include Signal Point or The Fleurieu Distillery and Steam Exchange Brewery. Perhaps lunch at one of the cafes or hotels.

After a brief stop at Goolwa, the Southern Encounter resumes its journey, with passengers who are heading to Victor Harbor.

From Goolwa the train then meanders westwards to the picturesque holiday settlement of Port Elliot before cresting the cliffs where passengers can experience some of the most picturesque coastal scenery in the State, with nothing separating you from the beach below and a perfect view of the Southern Ocean - in winter the home of Southern Right Whale.

The Southern Encounter arrives in Victor Harbor for a three hour stopover. 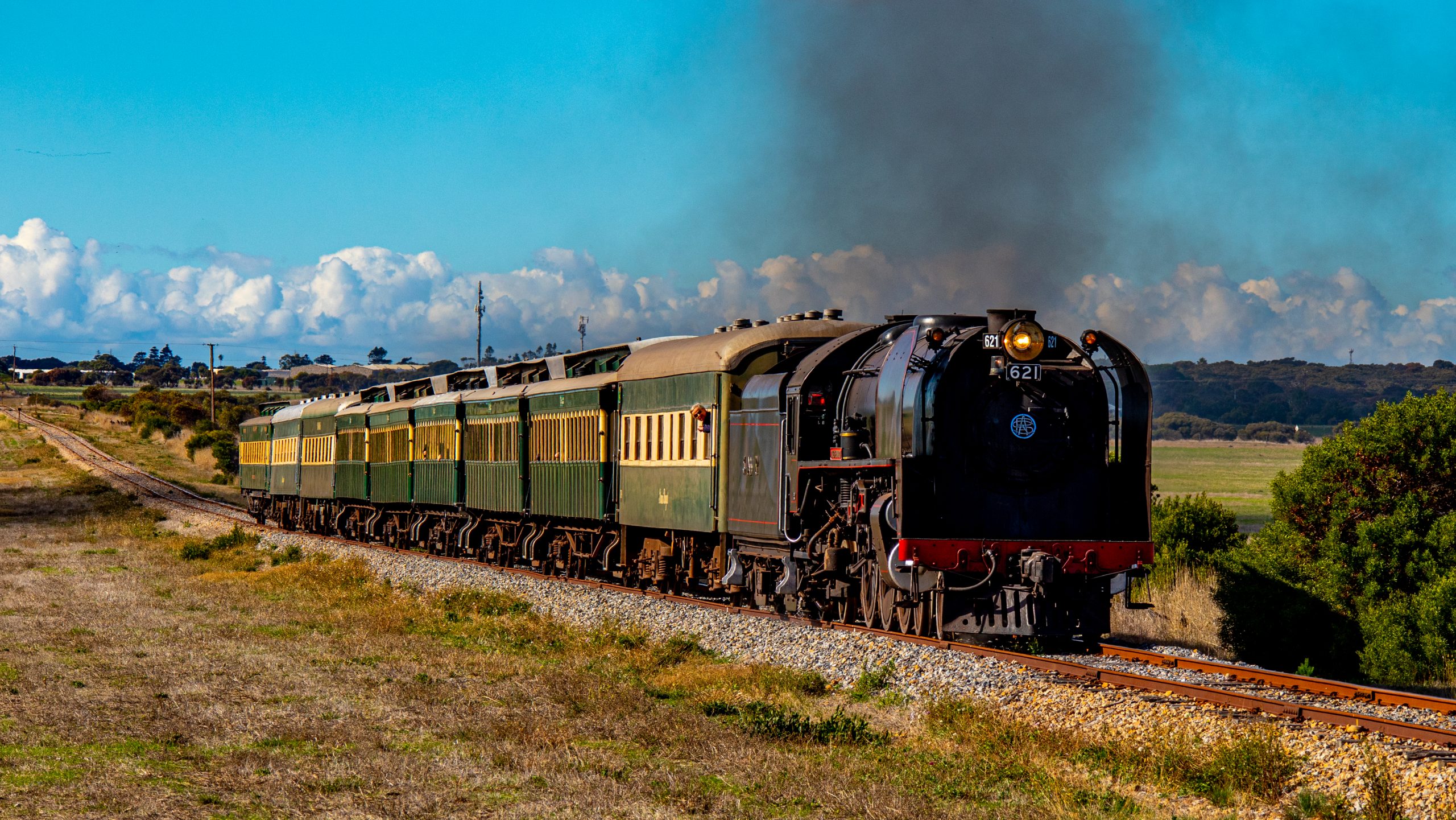