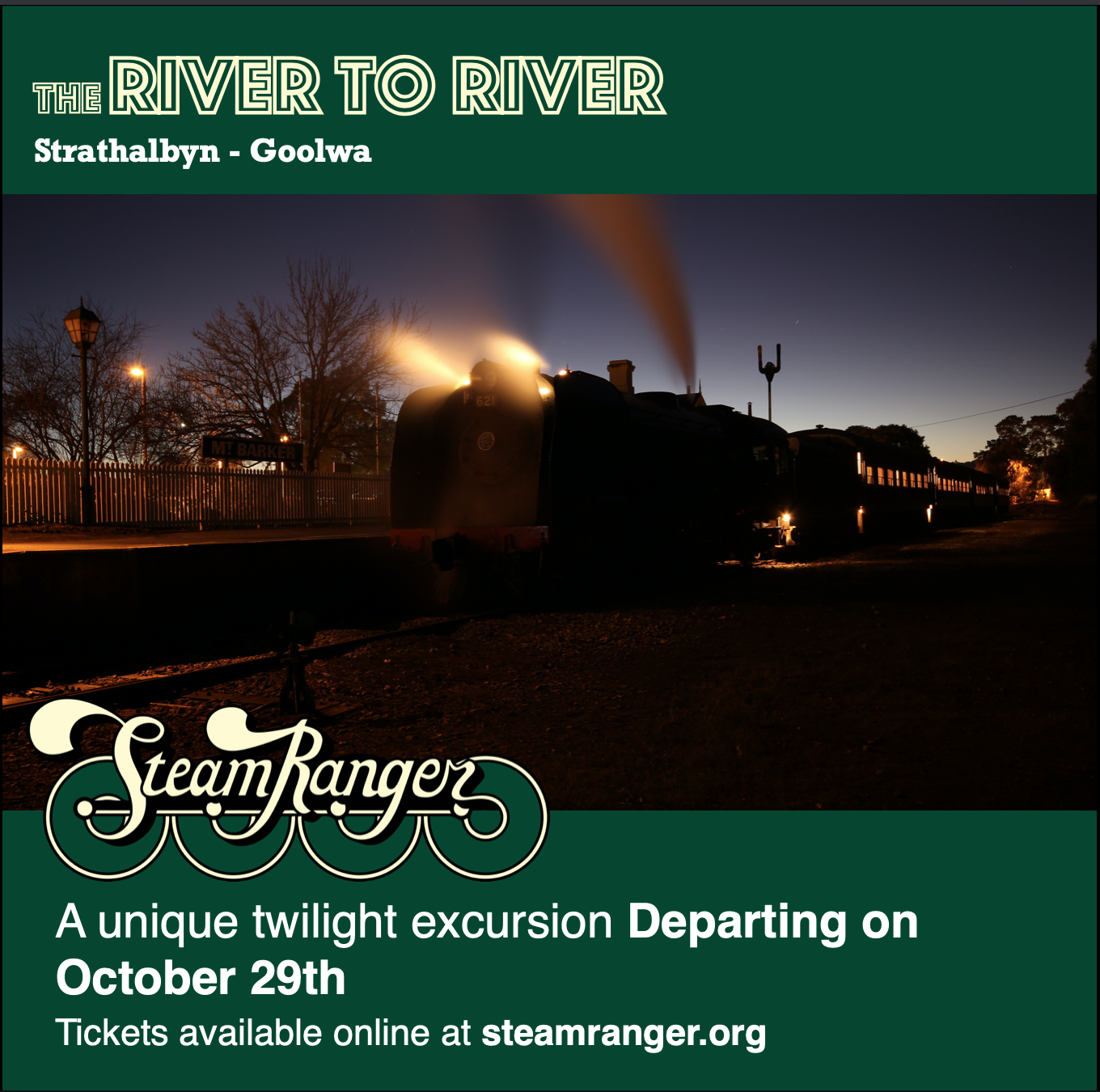 Passengers get 50 minutes in Goolwa

Departs Goolwa at 8.30pm, arrives back at Strathalbyn at 9.30pm

Ticket can be purchased by booking on line on www.steamranger.org.au or on the evening at Strathalbyn on the train.

On Saturday October 29 SteamRanger gives locals the opportunity to travel on a steam loco from Strathalbyn to Goolwa.

When SteamRanger’s Ghost Train arrives at Strathalbyn Station, the passengers from Mount Barker will alight and will try and enjoy their time in Strathalbyn. While they are enjoying their time in town, SteamRanger are offering the local people of Strathalbyn and surrounds a return journey to Goolwa.

The River to River Twilight Excursion train is scheduled to leave Strathalbyn at 6.40pm and arrive at Goolwa at 7.40pm where it will be filled up with water and the loco turned for the trip home, leaving Goolwa at 8.30pm and arriving back at Strathalbyn around 9.30pm. The magic of this section of the Mount Barker to Victor Harbor track is the bridges. No fewer than three large bridges are traversed – Finniss Bridge, Black Swamp Bridge and the mighty Currency Creek Bridge, which is the tallest rail bridge in South Australia. Also traveling through scrub country with its native vegetation where kangaroos are often seen bounding alongside the track chasing the train and in the twilight.

Tickets for the River to River Twilight Excursion return journey are only $33 for Adults, $20 for Children and $33 for Seniors. Ticket can be purchased by booking online on www.steamranger.org.au or on the evening at Strathalbyn on the train. There are no seat allocations for this journey. So its first in for the best seats which is all of them and seats are limited.

A perfect evening trip for the locals!